She’s staying on F3+ no matter what!
Weak cells

Baby Bear — 7 yr old, German Shepherd/Husky mix, diagnosed with mast cell cancer tumor in the foot. Standard protocol to remove the entire tumor plus a 3 cm perimeter was not followed to save Baby Bear’s foot. Conventional radiation or chemotherapy was not followed due to the ill side effects.

May 22, 2004 — two weeks after the surgery to remove most of the mast cell tumor. Standard protocol to remove entire tumor plus 3 cm perimeter was not followed to save Baby Bear’s foot. Started BAC at one pinch/day: 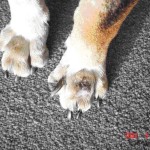 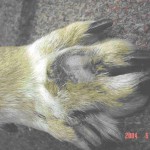 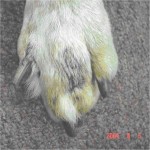 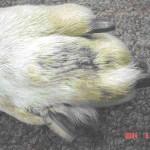 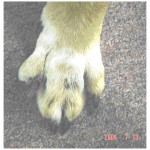 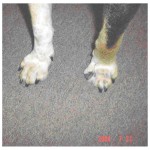 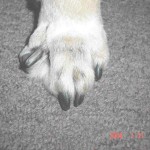 Baby Bear Adopted! We are happy to report that Baby Bear was adopted on September 23, after 6 months of rehabilitation by the Misha May Foundation, which offers training and rehabilitation for mixed-breed shelter dogs. He had a vet check on September 23 and was proclaimed very healthy with no sign of any recurrence of his tumor. He looks and feels marvelous.

She’s staying on F3+ no matter what!
Weak cells